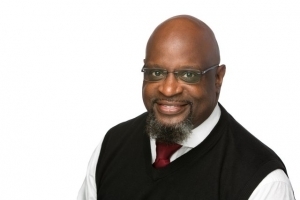 Bishop Paul S. Thomas was born in Charleston, South Carolina. He is the youngest of seven children born to Evangelist Mary Thomas and he now resides in Chesapeake, VA with his wife Vernissa A. Thomas, who is Data Analyst for the U. S. Navy. Together they are the very proud parents of one daughter, Jennifer Lassiter and son-in-law Jamar Lassiter, who resides in Newport News, VA and three sons, Ryan Harrington residing in Chesapeake, VA, Paul Thomas living in Korea, and Erik Hurt and daughter-in-law Tiffany residing in Atlanta, GA. Pastor Thomas and his wife, Vernissa, are also the proud grandparents of seven grandchildren, Justice, Cheyenne, Madison, Jennison, Carter, Ryleigh and Jurnee.

Pastor Thomas gave his life to the Lord at the age of thirteen and always knew there was a calling on his life. He was licensed to be an Evangelist, in May 1998, where he was selected to be the first student/teacher of the Mount Carmel Baptist Church School of Evangelism, a great testament of the calling on his life. Pastor Thomas felt God calling him to do more and answered his call to the ministry. He was licensed to preach the gospel in June 1999 and later ordained an Elder in July 2002 at Mount Carmel Baptist Church under the leadership of Bishop Clarence V. Russell, Jr., Presiding Prelate of Faith in Action Ministries, International.

Pastor Thomas served his country with honor courage and commitment and was a distinguished leader. He joined the US Navy in 1984 and He rose through the ranks to attain the rank of Chief. Most notably he was stationed onboard four ships, one in which he started a Men’s Fellowship Bible Study, served on the staff of the Navy Surgeon General and deployed eight times including two tours in Operation Iraqi Freedom. He was a highly decorated veteran receiving many awards which included three Navy Commendation Medals and seven Navy Achievement Medals. Chief Thomas was the speaker of many Dr. Martin Luther King, Jr. Prayer Breakfast and Black History programs. He retired from the Navy in July 2008 after twenty-four years of honorable service.

Pastor Thomas attended the Mount Carmel Baptist Church School of Prophets then earned degrees from Saint Leo University, a certificate in Healthcare Information Technology from Tidewater Community College and a Master of Divinity degree from the Samuel Dewitt Proctor School of Theology at the historical Virginia Union University in Richmond, VA.

Possessing a heart for the children of God and a desire to see the advancement of God’s Kingdom, Pastor Thomas believes in empowering the children of God to live victoriously. His message of “Victorious Living” is relevant to today’s generation of the down trodden and those seeking hope in the true and living God.