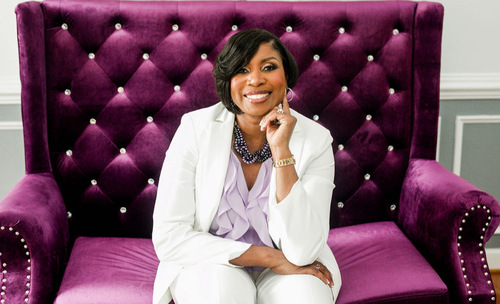 Elder Vernissa A. Thomas was born in Norfolk, VA. She is the only daughter of Bobby and Virginia Pridgen. She matriculated in the Norfolk Public School system having graduated from Lake Taylor Senior High School. She is married to Bishop Paul Thomas, Pastor of West End Baptist Church in Hampton, VA; together they have four children: Jennifer; one son-in-law, Jamar;  Ryan, Paul II, and Erick; one daughter-in-law, Tiffany and seven grandchildren: Justice, Cheyenne, Madison, Jennison, Carter, Ryleigh and Jurnee.

Elder Thomas has diligently worked in the body of Christ since being saved. She specializes in Women’s Ministry and church dynamics and administration. In December 2013, Elder Thomas was licensed to preach at West End Baptist Church where she also serves as the First Lady, Ministry Leader of the Event Planners.

Elder Thomas served in the US Navy Reserves as a Religious Programs Specialist, Third Class Petty Officer, from 2000 to 2007 and earned an honorable discharge.

In 2009 Elder Thomas earned a Bachelor’s degree in Sociology from Saint Leo University. She worked at Naval Medical Center Portsmouth for 20 years as a Medical Transcriptionist, Executive Assistant to the Director of Medical Services and in the later years as a Management Analyst. She worked alongside her husband traveling across the country as an Electronic Health Records Consultant, and now is a Data Analyst for the U. S. Navy.

Elder Thomas practices what she preaches and believes above all in Matthew 19:26 “…with men this is impossible; but with God all things are possible” and 1 Corinthians 2:9 “But as it is written: “Eye hath not seen, nor ear heard, neither have entered into the heart of man the things which God hath prepared for them that love Him.”